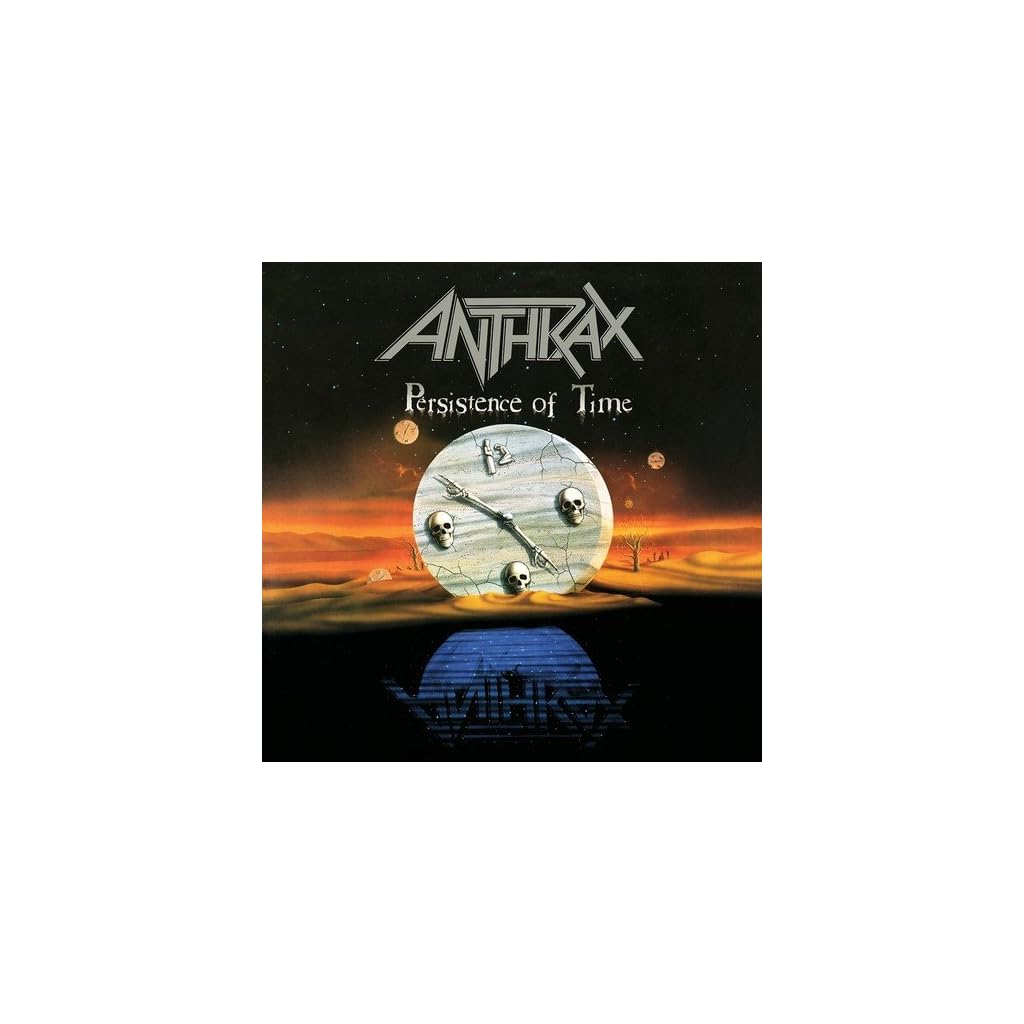 In 1990, while making Persistence of Time, the members of Anthrax looked up from their comic books, quit joking around, and realized they were going to die someday. But unlike its Big Four brethren (Slayer, Metallica, Megadeth), the Fourth Horseband of the Thrashpocalypse didn’t celebrate the coming of the grim reaper. The aptly named Persistence of Time opens with the ticking of a clock and unleashes heart-pounding waves of existential dread, stylistic evolution, and white-hot anger at death itself. Cut at Mobile Fidelity by engineer Krieg Wunderlich and afforded requisite groove space for the first time ever on a proper 2LP pressing that accommodates the band’s longer songs, Anthrax’s 1990 magnum opus sounds as genuine, forceful, and uncompromising as the songs’ urgent lyrics and thematic struggles. Serious and complex, this definitive analog pressing of Persistence of Time – known by fans as POT – presents the vital music as a furious blend of dynamic speed and three-dimensional heaviness. Seething anthems like ”Keep it in the Family” and ”In My World” give way to straight-ahead headbangers like ”H8 Red” and a rapid-paced cover of Joe Jackson’s ”Got the Time.” Guitarists Scott Ian and Dan Spitz converse with mosquito whines and monster-truck thunder. ”Intro to Reality” forms a prog-inspired cocoon with harmonizing twin guitars and contemplative resonance until Frank Bello’s thundering bass hacks its way out and leads straight into the bare-knuckle ”Belly of the Beast.” Throughout, Charlie Benante’s virtuosic drumming accelerates and slows the crashing pulse of Anthrax’s last album until 2011 to feature Joey Belladonna’s riotous vocals. The band’s darkest affair, Persistence of Time shakes its fist at mortality, snarls at wasted life, and pits burgeoning maturity against livid, riff-driven metal. Tackling more grown-up motifs, extended arrangements, and slower time signatures than on albums past, the group manages to preserve its youthful energy while expanding beyond the borders of thrash. Persistence of Time is timeless.