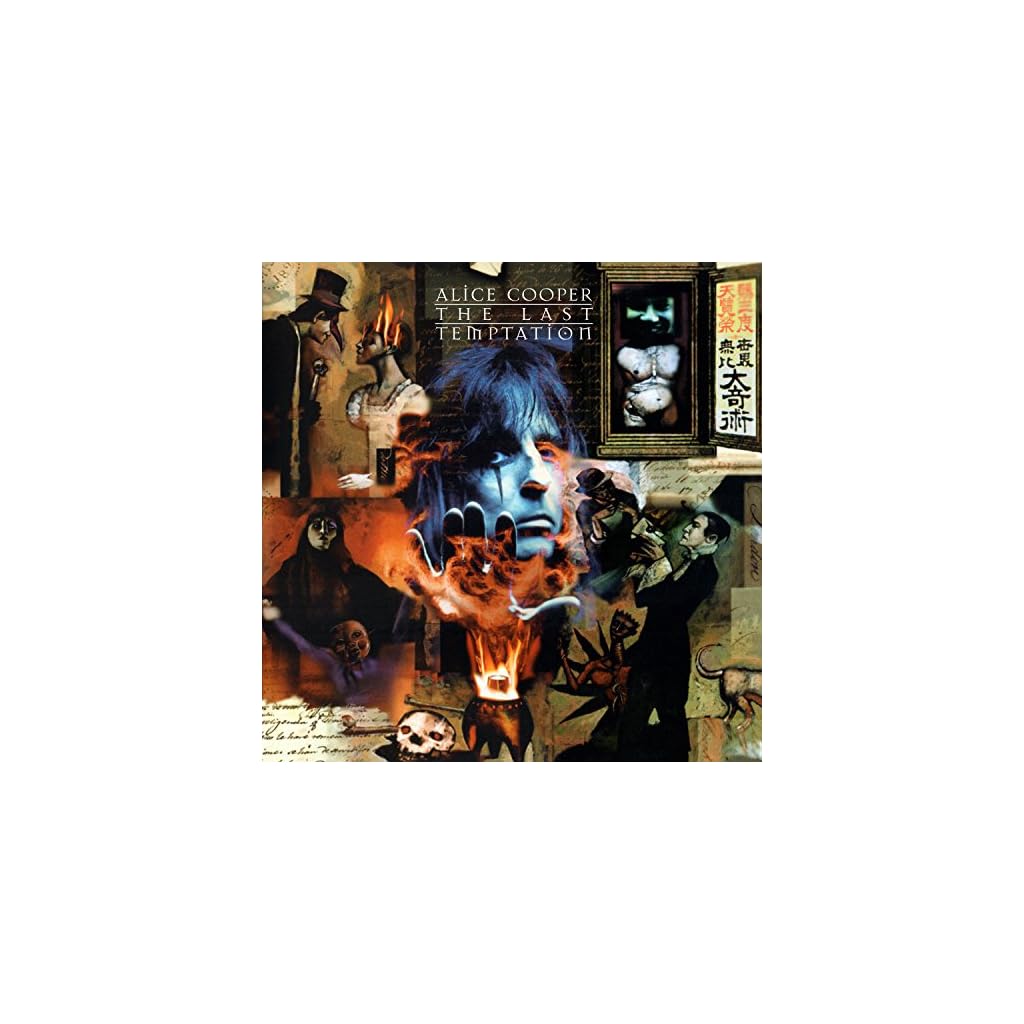 180 GRAM AUDIOPHILE TRANSLUCENT BLUE VINYL/LIMITED ANNIVERSARY EDITION/GATEFOLD COVER. 1994 was a banner year for superstar Alice Cooper with his conceptual hit album “The Last Temptation.” A solid nod to his previous 1975 classic “Welcome To My Nightmare” (FRM18130) “Temptation” became a fixture on hard rock and heavy metal scene thanks to the hit single “Lost In America.” As would be expected, this fi ne new album would go on to be one of his best received with his fans and the critics alike. Featuring ten great new rockers with help from friends like Chris Cornell on “Stolen Prayer” and “Unholy War”, plus the great team of Tommy Shaw (Styx/Damn Yankees) and Jack Blades (Night Ranger/Damn Yankees) on the power ballad smash “It’s Me”, “The Last Temptation” album truly was a masterwork from the hard rock legend Alice Cooper. At the time, cd’s were the format of choice and there was never a North American vinyl release of the album. Even overseas, it was very rare, and is one of the most expensive Alice Cooper collectables if you could even fi nd one……that is until now!! Friday Music is honored to off er another installment in our Alice Cooper 180 Gram Audiophile Vinyl Series with the spectacular “The Last Tempation.” Impeccably mastered by Joe Reagoso (Alice Cooper/ Styx/Deep Purple) at Friday Music Studios and Capitol Records in Hollywood, CA, the stunning album comes to life now in the audiophile vinyl domain. To further enhance your listening hours, for a limited time, the hard rockin’ Lp will be manufactured at R.T.I. on translucent blue vinyl and will be housed in a fi rst time gatefold cover. Alice Cooper… “The Last Temptation”……First time 180 Gram Friday Music Vinyl….First time Gatefold cover presentation….Only from your friends at Friday Music