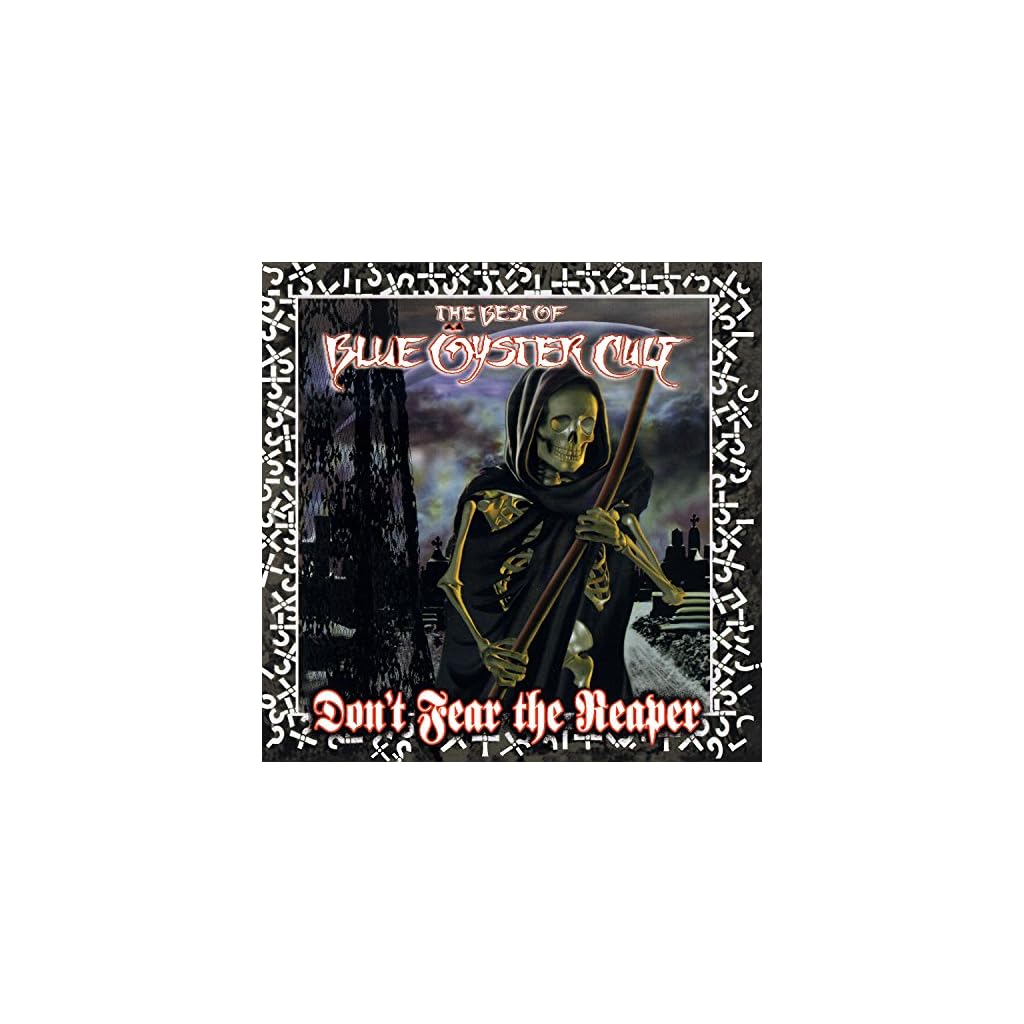 Don’t Fear The Reaper: The Best Of Blue Oyster Cult

The legendary hard rockers Blue Oyster Cult set the music world on ? re back in 70’s and beyond with their superstar brand of rock and roll. Augmented with the brilliant musicianship of members Donald “Buck Dharma” Roeser, Eric Bloom, Albert Bouchard, Allen Lanier, & Joe Bouchard, their initial o? erings would prove to become the huge catalyst for things to come. With a plethora of masterworks like Agents Of Fortune, Secret Treaties and Spectres, the singles and hit album tracks would take the band to the top of all the popular music charts as these pivotal albums would become classic rock manna for the ages. Their performances were of legendary proportion, which still makes them one of the most successful live acts of the classic rock era. With massive radio airplay and of course an amazing string of top charting singles and hit albums, Blue Oyster Cult to this day are still revered and loved by their continual growing legion of fans worldwide. After delivering a plethora of hits in rapid succession for Columbia Records, the label honored this hugely popular band with their incredible greatest hits album titled The Best Of Blue Oyster Cult: Don’t Fear The Reaper. Filled with a treasure trove of chart topping singles and hit album tracks from their smash albums, this incredible e? ort awarded these rock legends with one of the ? nest greatest hits albums ever released! Celebrating four decades of BOC, Friday Music is pleased to o? er for the very ? rst time 180 Gram Audiophile Vinyl release of Don’t Fear The Reaper-The Best Of Blue Oyster Cult. No stone is left unturned, as this 2 LP, 16 track masterpiece is loaded with hit after hit with smash singles like Don’t Fear The Reaper, Godzilla, Burnin’ For You, and This Ain’t The Summer Of Love. The Best Of BOC includes even more signi? cant hit tracks like the powerful Joan Crawford, the prog-rock classic Astronomy and of course the hard rock classic The Marshall Plan. All in all, a collection of songs which took the fans by storm, forever associating the title superstars to Blue Oyster Cult franchise. As a another ? ne installment in Blue Oyster Cult/Friday Music 180 Gram Audiophile Vinyl Series, this amazing collection truly shines in the audiophile vinyl domain. The original Columbia Records classic is mastered impeccably by Joe Reagoso (Alice Cooper/Deep Purple) and pressed at R.T.I. for a very limited time on stellar translucent blue vinyl. To enhance your limited edition album experience, this ? rst time audiophile vinyl release is also for a very short time being o? ered in a wonderful gatefold cover presentation. Welcome back to the amazing Don’t Fear The Reaper-The Best Of Blue Oyster Cultan audiophile ? rst time vinyl release, only from your friends at Friday Music.